GGGAMING PRESENTS – PUNTERS CAN GET THEIR REVENGE 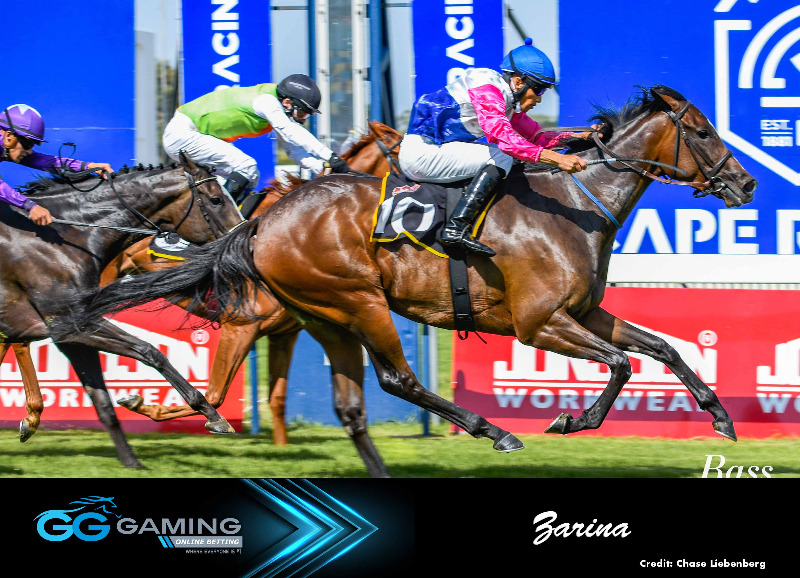 GGGAMING PRESENTS – PUNTERS CAN GET THEIR REVENGE
by Gary Lemke, supplied by GGGaming.bet

They say that things often come in twos – like London buses arriving after a long wait – but fortunately for punters there won’t be another Pick Six carryover at Greyville on Saturday, writes Gary Lemke for GGGaming.

Last week we warned punters about the Scottsville meeting, where four Grade One sprints were on the card. It was great for the neutral – a minefield for the punter (and tipster). So much so that there was a Pick Six carryover with no-one managing to find the last six winners on the day!

But, from last week’s column, we did warn how tough it would be, and we did manage to select a feature race boxed trifecta on the day. ‘Using the draw as a process of elimination, I’ll look at Gimme A Prince and Ambiotrix from the outside, Good Traveller and Bard Of Avon down the middle and Silver Salmon and Gallic Chief down the inside. This race though has massive scope for an upset!’ That’s what I wrote about the Gold Medallion. Ambiotrix beat home Bard Of Avon and Gallic Chief. The trifecta paid R1 600 and the quartet R36 000.

However, the Greyville meeting will be kinder to punters. The main event is the Grade One Gold Challenge, where Cape Town Met winner and ultra-consistent Rainbow Bridge is sent out a short-priced favourite to pick up the 11th win of a career that has seen him finish out of the top two places just six times in 22 starts and only once out of the placings.

He won his pipe opener in KwaZulu-Natal after displaying a devastating turn of foot and while he is favourite and should win, given his career and form, he is a certainty to finish in the top two, so perhaps finding the exacta (first two) could be the most profitable way of return for the punter in this race.

Rainbow Bridge is also entered for the Vodacom July where he is the ‘older’ horse taking on the ‘youngsters’ – a brilliant crop of three-year-olds headed by Linebacker and of course then there’s still last year’s winner, the five-year-old Belgarion. Still, the six-year-old Rainbow Bridge should be able to have the opposition running for second place prize money on Saturday.

Belgarion might be better suited to further than 1600m in Grade One company, while Queen’s Plate winner Jet Dark will find it harder repeating that success with 58.5kg to shoulder and returning from a 154 day rest. Don’t discount Cirillo from running into the money; he’s one of champion jockey elect Lyle Hewitson’s favourite horses.

There’s also a Grade Two and Grade Three event on the card, giving it another feature race feel, and it’s in the Grade Two Tibouchina Stakes where Bass racing – sponsored by GGGaming – could come away with the spoils. They send out the talented three-year-old filly Zarina, who finished fourth in the SA Fillies Guineas in her KZN debut.

On that occasion she carried 60kg level weights with Captain’s Ransom, who would be odds-on to win this race if she were in the field. Zarina finished marginally behind Freestate Star that day, but the draw here over the tight 1400m – six against 10 – can make all the difference in reversing the placings.

The fourth race is the Listed Gatecrasher Stakes and here I make Cosmic Highway (5/2) my best bet of the day. Although there’s a lot of chatter about Imelenzeyokududuma – good luck commentator - who receives 4kg, I believe Cosmic Highway to be something of a special individual and I’ll be structuring all my bets around him being the day’s banker.