FOCUS SHIFTS TO KENILWORTH THIS WEEKEND 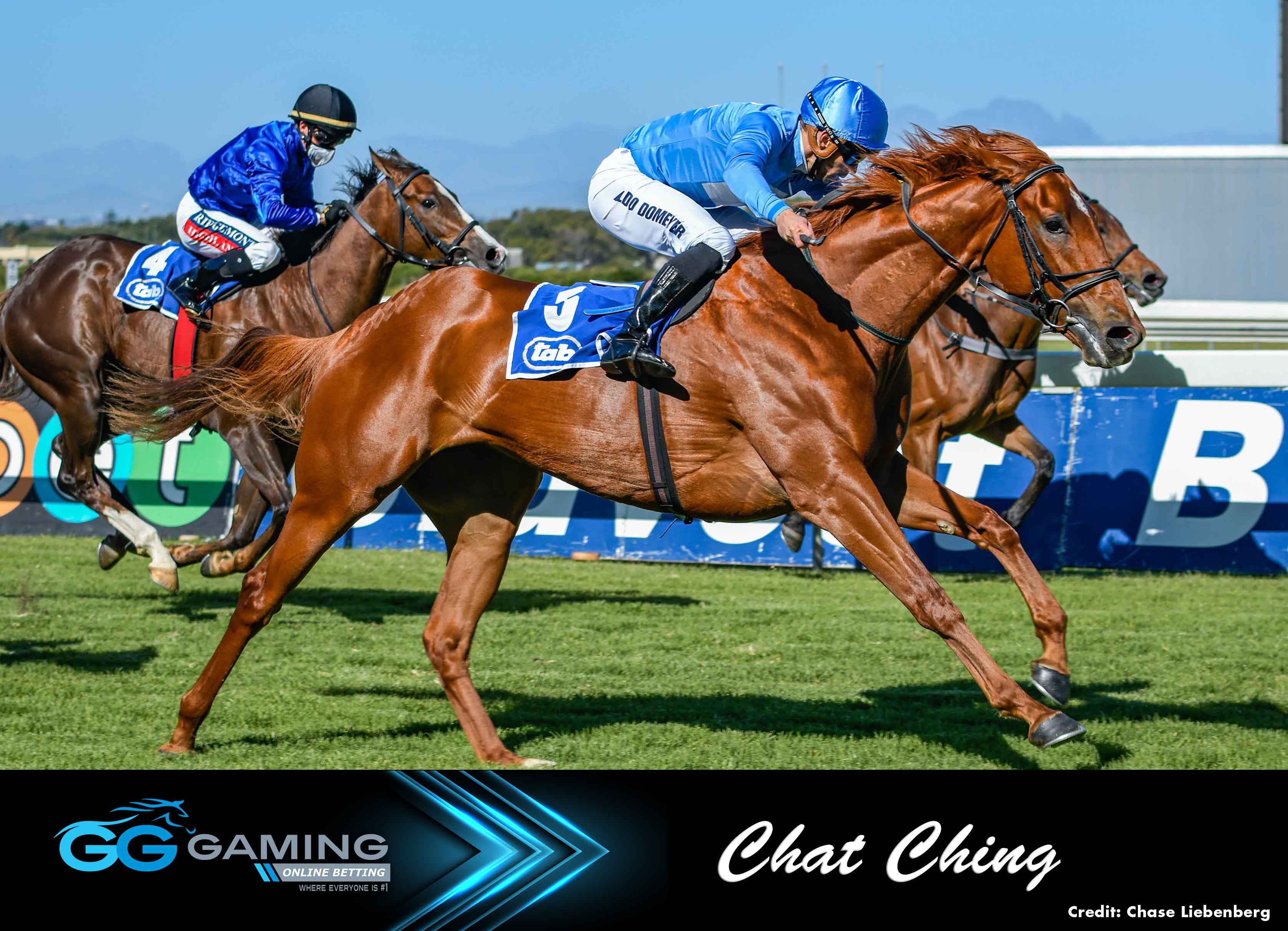 There’s still the big send-off for the Gauteng season with next weekend staging the Champions Cup day meeting where there will be seven feature races. For now though it’s the proverbial quiet before the storm with Kenilworth’s card taking pride of place on Saturday.
Next week we will do justice to the Turffontein show-stopper, after which the attention shifts to KwaZulu-Natal for the start of their season.
For this week though we touch on Kenilworth, where the first leg of the Cape Winter Series takes place and it sees an interesting runner from the Candice Bass-Robinson stable take her place in the line-up.
Marina is a full sister to the 2017 Vodacom Durban July winner Marinaresco and in her seven starts to date she has shown that she has inherited plenty of her brother’s ability. She even runs in a similar way, preferring to sit a few lengths off the pace and then quicken with a smart turn of foot in the closing stages. That’s already carried her to those four wins – it should have been five, but for being boxed-in three races ago – and here she’s the only filly in the field of eight.
That means she receives 2.5kg from the males, but she does have to come across from the extreme outside draw, although her style of racing means she’ll be tucked in behind early on, so it’s not a downside.
Bass-Robinson has three of the eight runners and Marina looks to be the pick, which quickly narrows down the field. Then Justin Snaith has three runners with stable jockey Richard Fourie choosing the improving Warrior. Then Glen Kotzen saddles the remaining two runners, which seem unlikely winners. So, based on stable jockey choices and Bass-Robinson’s trio, it looks to be a shootout between Marina and Warrior. If only racing was that easy!
Hoedspruit could be the lurker, from the Snaith stable and with Anton Marcus riding, he’s also the highest merit rated runner in the field and should be giving weight all round. But, which is a big but from me, is that he has showed up with respiratory noises in his races which suggests he might have a breathing problem that’s restricting him. He’s the current favourite.
Marina would ordinarily be the pick, but to bear in mind that she is getting stronger and maturing and being by Silvano will start to prefer a longer trip than Saturday’s 1600m. I see both her and Warrior coming from the back of the field and running on strongly late, hopefully not too late for their supporters.
In the sixth race, Bass-Robinson is again well stocked in the Sweet Chestnut Stakes (Listed), also over 1600m. Chat Ching is likely to be sent off favourite, while Lemon Delight also represents the stable.
Chat Ching’s last three runs have been in top company with the winners being Queen Supreme and Captain’s Ransom and if either of those two fillies were in this race they’d be odds-on favourite – and would probably come home lonely too.
Chat Ching is a course and distance winner and does look the right selection, but Snaith has four runners with Fourie on Rain In Newmarket, but it’s not as easy as that. Another Snaith runner, Really Royal, has been desperately disappointing but still has a big reputation and could come in at long odds, while Pink Tourmaline is also talented but might now be more effective over further than a mile.