Andy Murray and Sharapova the losing Semi Finalist and i think perming these 4 will just about get you the double this year ? 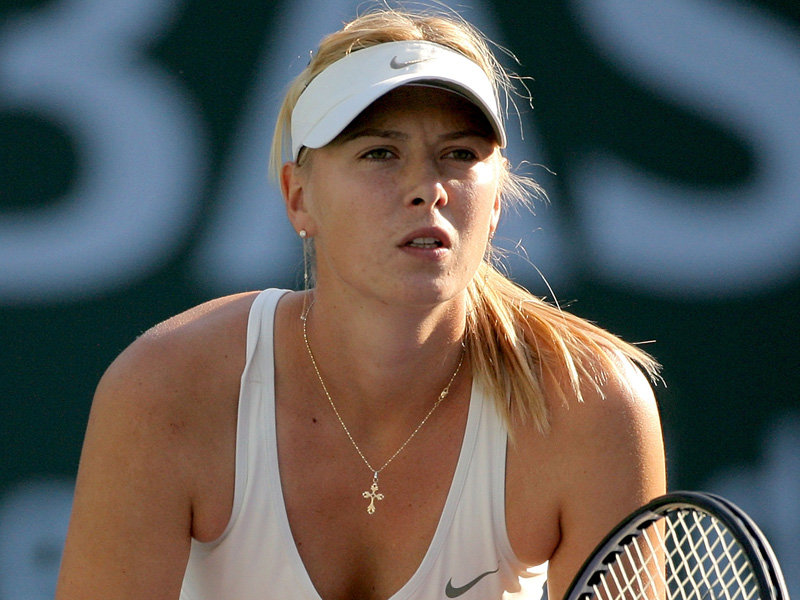 Are you living your life or waiting to die?

Less More
6 years 15 hours ago #596877 by TNaicker
TNaicker on topic Australian Open
Too many of top female players are falling apart and have had interrupted preparations...maybe Azarenka a possibility to go long at a good price...I'll venture to say that Williams won't win another Grand Slam...will be one shy of Graf...should have got it done at the US Open last year and was 1/250 in running in semi after winning the first set and being an early break up in the second..threw it away...I think it the biggest upset in professional sport in a very long time...would be interesting to see betting patterns on that match...

Djokovic to win...again...game suited to surface...if having a child calms Muray down, he could challenge...has the ability but a bit of a jelly brain...Nadal and Federer past it...

Enjoy...the top 8 to 16 seeds will be short prices in the early rounds...worth taking small bets against them as the heat in Melbourne throws up quite a few upsets...
Life's too short to have a long face...so, cherish the good, learn from the bad and forget the rest...

ecret files exposing evidence of widespread suspected match fixing at the top level of world tennis, including at Wimbledon, can be revealed by the BBC and BuzzFeed News.

Over the last decade 16 players who have ranked in the top 50 have been repeatedly flagged to the tennis integrity unit over suspicions they have thrown matches.

All of the players, including winners of Grand Slam titles, were allowed to continue competing.

The Tennis Integrity Unit - set up to police the sport - said it had a zero-tolerance approach to betting-related corruption.

The cache of documents passed to the BBC and Buzzfeed News include the findings of an investigation set up in 2007 by the organising body, the Association of Tennis Professionals (ATP).

Its job was to look into suspicious betting activity after a game involving Nikolay Davydenko and Martin Vassallo Arguello. The two players were cleared of violating any rules but the investigation developed into a much wider enquiry looking into a web of gamblers linked to top-level players.

Chris Kermode
Jump media playerMedia player helpOut of media player. Press enter to return or tab to continue.
ATP President Chris Kermode tells the BBC he is aware there is match fixing within tennis but says it is at an 'incredibly small level'
The documents we have obtained show the enquiry found betting syndicates in Russia, northern Italy and Sicily making hundreds of thousands of pounds betting on games investigators thought to be fixed. Three of these games were at Wimbledon.

In a confidential report for the tennis authorities in 2008, the enquiry team said 28 players involved in these games should be investigated but the findings were never followed up. Tennis introduced a new anti-corruption code in 2009 but after taking legal advice were told previous corruption offences could not be pursued.

"As a result no new investigations into any of the players who were mentioned in the 2008 report were opened," a TIU spokesman said.

In subsequent years there were repeated alerts sent to the TIU about a third of these players. None of them was disciplined by the TIU.

A group of whistle blowers inside tennis, who wanted to remain anonymous, recently passed the documents on to the BBC and Buzzfeed News. We contacted Mark Phillips, one of the betting investigators in the 2007 enquiry, who told the BBC they discovered there was repeated suspicious betting activity about a clear group.

"There was a core of about 10 players who we believed were the most common perpetrators that were at the root of the problem."

He has never spoken publicly before about the material he gathered, which he said was as powerful as any he had seen in over 20 years as a betting investigator.

"The evidence was really strong. There appeared to be a really good chance to nip it in the bud and get a strong deterrent out there to root out the main bad apples."

Mark Phillips
Jump media playerMedia player helpOut of media player. Press enter to return or tab to continue.
Mark Phillips is a betting analyst who worked on an investigation into suspicious gambling in tennis
The BBC and Buzzfeed were also passed on the names of other current players the TIU have repeatedly been warned about by betting organisations, sports integrity units and professional gamblers.

Many of these players have been on the radar of the tennis authorities for involvement in suspicious matches going back to 2003.

The BBC and Buzzfeed News have decided not to name the players because without access to their phone, bank and computer records it is not possible to determine whether they may have been personally taking part in match fixing.

However tennis's integrity unit does have the power to demand all this evidence from any professional tennis player.

"There is an element of actually keeping things under wraps," said Benn Gunn, a former police chief constable who conducted a major review of betting in tennis that led to the creation of the Tennis Integrity Unit.

It's the first time he has publicly spoken about his concerns.

Daniel Koellerer
Jump media playerMedia player helpOut of media player. Press enter to return or tab to continue.
In 2011 Daniel Koellerer was banned for life from professional tennis over alleged match fixing - he denied the claims.
"If they were really serious about dealing with this then they really need to create an integrity unit with teeth," he said.

The European Sports Security Association, which monitors betting for leading bookmakers, flagged up more than 50 suspicious matches to the TIU in 2015.

The organisation declared that tennis attracts more suspicious gambling activity than other sport.

Nigel Willerton, director of the TIU, said while it welcomed the support of the betting industry, "it is not the role of betting companies to make judgements about corrupt activity".

He added: "All credible information received by the TIU is analysed, assessed, and investigated by highly experienced former law-enforcement investigators."

The problem of suspicious betting and match fixing is not going away. Eight of the players repeatedly flagged to the TIU over the past decade are due to play in the Australian Open which starts on Monday 18 January.

"The TIU has a full-time staff of just five, and relies on intelligence from players and betting companies to alert them to potential corruption. They have a presence at between 20 and 30 tournaments a year, and their investigations over the past two years have resulted in seven players and one official being banned for between six months and a lifetime.

"Only one of those players has ever reached the top 200, and there are clearly temptations for lower-ranked professionals. Players outside the top 200 are unlikely to earn much more than £40,000 in prize money each year, and that is before coaching, travel and hotel expenses are taken into account.

"It is highly debatable whether enough resources are directed towards the TIU, and another potential flaw is that representatives from the sport's four governing bodies decide whether the evidence gathered is strong enough to be presented to an independent hearing. Professional Tennis Integrity Officers from the ITF, ATP, WTA and the Grand Slams make that call, and as a result the process is not as transparent as it should be."

Less More
5 years 11 months ago #597236 by naresh
naresh on topic Australian Open
As always I be having a wee nibble on Milos Raonic. Beat Roger Federer, the other week in the final.


Apparently this beauty, Eugenie Bouchard, was one of the players that earned the most money for last year. neigh wrote: Wouldn't mind fixing a match with any of those two......

Less More
5 years 11 months ago #597370 by Karma
Karma on topic Australian Open
Guys, I ask something with the utmost respect. I have just sat down at the dinner table and my mrs was looking at this thread.... She really doesn't appreciate that Naresh is posting pictures of her and that Bob is posting pictures of my ex.... Please guys, stop this and try keep me out of the sh1t.....Thanking you in advance....
Are you living your life or waiting to die?

Karma wrote: Guys, I ask something with the utmost respect. I have just sat down at the dinner table and my mrs was looking at this thread.... She really doesn't appreciate that Naresh is posting pictures of her and that Bob is posting pictures of my ex.... Please guys, stop this and try keep me out of the sh1t.....Thanking you in advance....


So you onto your 4th marriage already? you must be some charmer