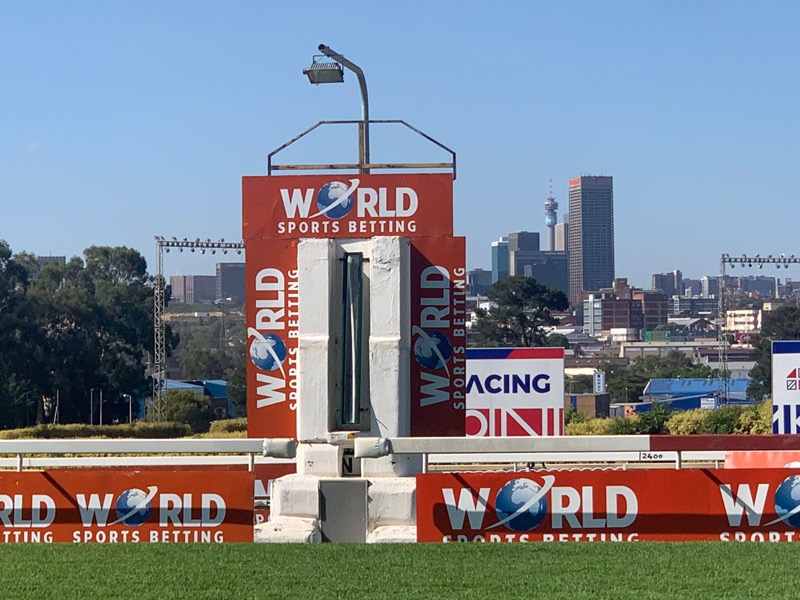 And some new videos that might please Thor 🤦🏼‍♂️

FLYING CARPET has had his merit rating increased from 107 to 116 following his success in the Grade 1 WSB Gauteng Summer Cup (handicap) over 2000m on the Turffontein standside track on Tuesday 30 November.

The Handicappers took the view that consistent 3rd finisher GOLDEN PHEASANT made for the most suitable line horse, leaving him unchanged on a rating of 112. It must be taken into account that FLYING CARPET was 4 kgs or 8 pounds under sufferance at the weights, especially as the specific conditions of the Summer Cup pegged the minimum weight to be carried at 54 kgs and not the standard handicap 52 kgs. This goes a long way towards the nine-pound ratings increase that FLYING CARPET incurred for his victory.

Similarly, runner-up MAJESTIC MOZART was 2 kgs or 4 pounds under sufferance and accordingly his rating was raised from 110 to 114. 4th placed JOHNNY HERO, who was 4 kgs or 8 pounds out at the weights but finished 0.75 lengths or 2 pounds behind the line horse has been raised from 106 to 110 and was the only other horse to receive ratings increase.

SAFE PASSAGE has seen his rating raised from 100 to 110 following his victory in the Grade 2 WSB Dingaans for three-year-olds over 1600m at Turffontein on Tuesday. The Handicappers were of the opinion that 5th placed CASTLETOWN made for the best line horse here, leaving him unchanged on a rating of 99.

There were no other ratings increases, but three horses were given a drop. OCEAN WARRIOR is down from 96 to 94, BALOUCHI drops from 87 to 85, and lastly STARRYWINTERNIGHT is down from 90 to 85.

BOLD FORTUNE has had her merit rating raised from 103 to 105 after she captured the Grade 2 WSB Ipi Tombe Challenge for fillies and mares over 1600m at Turffontein on Tuesday. Here it was runner-up PERFECT WITNESS who was used as the line horse, which leaves her unchanged on a mark of 103.
There were also ratings increases for 3rd placed RAIN IN HOLLAND, who is up slightly from 105 to 106, and for 4th finisher CLAFOUTIS, who was raised from 92 to 95.

There were no other ratings increases, but there were drops for three runners. MOUNT LAUREL was cut from 108 to 104, ROUGE ALLURE is down to 100 from 102, and lastly RUNNING BRAVE drops from 113 to 111.

SOUND OF WARNING has had her rating upped from 107 to 111 following her win in the Grade 3 WSB Magnolia Handicap for fillies and mares over the straight 1160m at Turffontein on Tuesday. The Handicappers were of the unanimous view that ultra-consistent 4th finisher FULL VELOCITY was the correct line horse to use when assessing this event, leaving her unchanged on a mark of 95.

In rating the race this way, 3rd placed ZIMBABA also runs to her mark and effectively also becomes a line horse, leaving her unaltered on a mark of 106, but there was a rating increase for 2nd placed Big Burn, who is up from 110 to 113.

ALESIAN CHIEF has had his rating raised from 112 to 116 after he captured the Grade 3 WSB Merchants (handicap) over 1160m at Turffontein on Tuesday. Here it was 4th finisher IKIGAI who was deemed to make for the most suitable line horse, which leaves him unaltered on a rating of 107.

2nd placed BARTHOLDI (who was 1 kg or 2 pounds under sufferance at the weights) goes up from 100 to 104, while the only other ratings increase was for 3rd placed CARTEL CAPTAIN, who is up from 115 to 117.

MARCHINGONTOGETHER has had his rating increased from 101 to 104 after he captured the Listed Racing Association Stayers over 3200m at Turffontein on Tuesday. Here it was 4th finisher CAPTAIN CHORUS who was used as the line horse, which leaves him unchanged on a mark of 90.

In rating the race this way, 2nd placed BARAK and 3rd finisher SUPER HANDSOME both run to marks of 95. However, the specific race conditions do not allow for an increase in the rating of placed horses and accordingly these two remain unaltered on marks of 80 and 89, respectively.


This is how you kill a horses career
The following user(s) said Thank You: mr hawaii


This is how you kill a horses career


is it the trainer or the system? should the trainer rather have raced him through the divisions to earn stakes or go for a graded race ... hard to say - If i owned then run at least two races in open company for stakes before going for features - The connections of Kommetdieding went that route and he won both starts and got huge experience in the process but who knows what the right course is as he is now guaranteed to get a ticket in all the classics for the Gauteng season and could win one with improvement
THE MORE YOU STUDY FORM THE LUCKIER YOU GET
Last edit: 1 month 2 weeks ago by mr hawaii.


This is how you kill a horses career

If he now runs well in the Guineas and the Classic you are delighted.

Less More
1 month 1 week ago #830432 by JayPeg19
JayPeg19 on topic HANDICAPPING RATINGS UPDATE - WSB Summer Cup Day
One wonders what Sammy Silver thinks of Flying Carpet. I well remember the hysteria from some quarters when this horse was rated 108 without having won a race.

Perhaps we should go back to the good old days and have horses win 2-3 races before they are allowed to run in races like the Dingaans and Cape Guineas. That way neither Flying Carpet or Red Saxon would have contested a Dingaans, and neither would Russian Rock have won a Guineas.

Less More
1 month 1 week ago - 1 month 1 week ago #830436 by Frodo
Frodo on topic HANDICAPPING RATINGS UPDATE - WSB Summer Cup Day
I make the Dingaans a difficult race to rate - if one accepts that Safe Passage is around 110, then Red Saxon's rating is correct - and that would mean that both Super Excited and Castletown ran more or less to their ratings - however I suspect that both SE and C ran below their ratings which were achieved over 1400 - time will tell.

For me the horse that escaped attention is Al Muhtana, on my calcs he ran about 8 points better than his rating, but according to the press release, he got not penalty

- I'd watch him next time out; another one that I sort of had some doubts about, was War of Athena - for me she ran close to her rating, so not surprising that she was not dropped; a peculiar rating drop for Tierra de Fuego - on my calcs he ran to 110 - yet he was dropped to 106

Less More
1 month 1 week ago #830449 by Mac
Mac on topic Re:HANDICAPPING RATINGS UPDATE - WSB Summer Cup Day
Hi Frodo, did you have the same line horse as the NHRA for the Summer Cup?

Less More
1 month 1 week ago #830467 by Frodo
Frodo on topic Re:HANDICAPPING RATINGS UPDATE - WSB Summer Cup Day
Morning Mac, I try to use more than one line horse when doing my ratings - in this case I have used Golden Pheasant, Astrix and Puerto Manzano - but I rated GP and A at 111 (1 point less than their official ratings), which brings in PM at his official rating of 113.

Doing it this way, would result in Majestic Mozart running to 112 (only 2 points above his official rating before the race), while Flying Carpet I believe improved with blinkers, which can explain his rating of 114 achieved (5 points above his highest rating previously achieved); the other anomaly would be Johnny Hero, who according to these calcs ran to 111 (also 5 points higher than his rating before the race)

Bear in mind that my calculations may differ slightly from the official formula - it would depend on the calculation to equate lengths vs kgs over the distance.

Less More
1 month 1 week ago #830468 by Mac
Mac on topic Re:HANDICAPPING RATINGS UPDATE - WSB Summer Cup Day
Thanks Frodo. Both you and the NHRA have the same line horse Golden Pheasant but it is interesting that you that you rate Al Muthana much higher. Great and noted that he will be a candidate for an NHRA underrated MR next time. 😊