Fears and thoughts in South Africa

Dave Scott wrote:
It will be interesting to find out the action plan that comes from the Cyril meeting today.

Plus Putin latest statement is cause for concern.


No need for concern Dave. Joe's at the wheel.

Less More
2 days 13 hours ago #850975 by Muhtiman
Muhtiman on topic Fears and thoughts in South Africa
......we can no longer have any faith in Ramasofa solving anything......big gestures and empty promises are the domain of super wealthy politicians that have gained financially and merely supervised .....while their cadre's have pillaged the country into the dark ages.....

Less More
2 days 12 hours ago #850976 by Dave Scott
Dave Scott on topic Fears and thoughts in South Africa
I am so glad Cyril came back to solve the power crisis .

Less More
2 days 11 hours ago #850978 by Muhtiman
Muhtiman on topic Fears and thoughts in South Africa
.....now an international problem....but it started more than 14 years ago.....when we thought we were flush....we had an ESKOM CEO flying from his mansion in the capital to ESKOM in a helicopter every week day.....we were told that the 2 new power stations were the answer to all future electrical woes....only to find out that they were merely another money laundering scheme for the connected....and they are far worse than the older power plants....and now we are being gouged by highly inflated diesel pricing also blaming international problems....yet diesel has always been a cheaper refining fraction and far less expensive to ship than petroleum yet we are paying a premium while it is being burnt by ESKOM and trucks carrying unbelievable amounts of premium coal....not to our beleaguered power stations but to Richards Bay as Europe pulls their moth balled coal power plants to supply energy to supplement Russian gas....our political elite are heavily invested in coal and the transport thereof and here is their next big payday....thanx Cyril you are a champion....you have provided well for your people....

Less More
2 days 11 hours ago #850983 by Muhtiman
Muhtiman on topic Fears and thoughts in South Africa
......on a lighter note and can only happen in Africa.....we had a wild baboon on the loose in our suburb on Wednesday this week and if I had not seen it with my own eyes would never had believed it.....it came into our complex and about 3 hours later a chap from CLAW came in with a cage trap....he said it had been tracked for days moving through the Northern suburbs from Fourways... Lonehill...Kyalami and now Sunninghill .....I subsequently scanned social media to find further news of this baboons' exploits and read that it had holed up at ESKOM Megawatt Park....maybe he heard that they were hiring.....

Less More
2 days 11 hours ago #850984 by Muhtiman
Muhtiman on topic Fears and thoughts in South Africa
Fourways residents report sighting of a male baboon roaming the streets and are urged to not scare him off
Residents are encouraged to report sighting of the baboon to a central location and to Owl Rescue Centre as they continue the search for the animal.

‘Mr Baboon’ has now made his way to Megawatt Park in Sunninghill. He had previously fallen asleep at Lonehill Koppies near the Lonehill Dam and made an early morning hike towards Sunninghill.


Owl Rescue Centre’s Brandon Murray said traps will be put up around Mr Baboon’s route with the vet on standby for a safe opportunity to dart him.
“We haven’t been able to dart as we did come a bit close to him. So we are going to wait until he falls asleep tonight and place traps around him when it’s dark and hopefully can catch him in the morning. If we don’t catch him by tomorrow (September 22) morning, he will head over the highway towards Sandton side,” he said.

Murray added that the calm animal has now found a way to get food from homes while on his walks throughout the Fourways area, but has emphasized that he is not harming anyone.


“He’s going from complex to complex and route to route, so anyone’s windows or doors that are open he goes inside. He is grabbing different foods and fruits from people’s counters. He has managed to get into one lady’s house and eat the bananas, eggs and oranges on the counter.

“He doesn’t attack people or pets, he is quite scared of people. He just wants food,” said Murray.

Owl Rescue Centre and Wild Serve NPO alongside other rescue organizations are working hand in hand to safely track and relocate ‘Mr Baboon’, and have been for the past few days.

A baboon has been calmly roaming the streets and residential areas of Fourways since September 19, with it still to be caught and safely relocated.

Residents in the area reported the wandering baboon to the safety experts in Owl Rescue Centre and Wild Serve NPO to aid in the matter, alongside a number of other organisations.

According to the Owl Centre’s Facebook page, ‘Mr Baboon’ has since roamed from a shopping centre’s roof two days prior to being called out and was last seen in the Fairfields Estate on September 20. It is suspected to have come from the Hartebeespoort area.

“The thing with the public is that when they see an animal, they want to help. The best thing is not to do anything, and give us a call as soon as possible. It is best for people to go inside with their children and pets. This is so that we don’t distract the baboon as we want him to move through,” he said.
“Don’t scare him off and let him go on his way so that we can keep track of him. At the moment, we can see that he just keeps moving. He doesn’t look for children or dogs, so he’s not a threat. We’ve got a method we use every time something like this happens, and it works.”

He added that people need to keep reporting the baboon’s whereabouts to a central location in order to keep an idea of the next move he might take.
If you see Mr Baboon anywhere, contact the Owl Rescue Centre on 082 719 5463 with all information you can give.

Share your thoughts on the Fourways Review Facebook page.
My idea of "help from above" is a sniper on the roof
and a higher power is a hell fire missile armed drone. 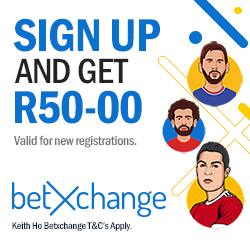